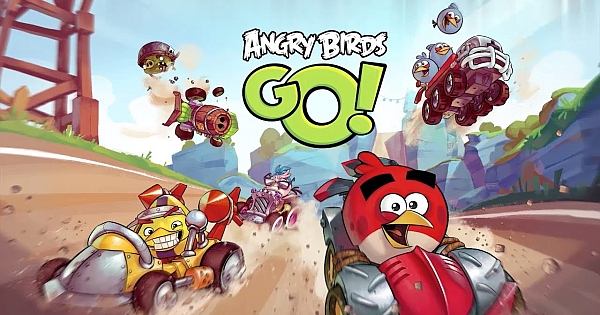 Angry Birds Go! is a kart racing game released on December 11, 2013. The downhill racing game features birds and pigs from the Angry Birds series as racers, each with unique powers. The game is also compatible with Hasbro’s Telepods.
Angry Birds Go! is a kart racing free-to-play game and is the eighth game in the Angry Birds video game series. The game was co-developed by Rovio Entertainment and Exient Entertainment, sponsored by Red Bull’s mobile games and was released on December 11, 2013. The game is compatible with Hasbro Telepods that will allow the player to summon a specific kart. The game’s tracks are located on the 3D-rendered Piggy Island. The game also features upgradeable karts and unique powers for each character.